I decided to put together a list of some of my favorite urban planning documentaries, after looking around the internet and coming up short.  This is certainly not a comprehensive list and I'm constantly looking for new ones to watch.   Let me know if you have a good one not on here. I hope you find this useful. 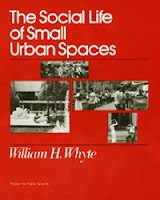 This is a classic and important documentary covering the research of William H. Whyte on public spaces. His humor mixes with a scientific approach to answering the simple question, "What makes good public spaces work and others not?"

While this is a film from 1980 and of poor technological quality, to today's standards, the content of the film is the highest available.  An absolute top of the list for urban films. Available on Vimeo. I've only found this one suitable preview, though it's not great.

This is a fantastic film that examines cities from the U.S. to Latin America, Europe and beyond.  This documentary highlights many important aspects of urban, beyond New Urbanism, including transportation, public space, community, affordable housing, and the urbanization in developing countries.  It includes interviews with some of the world's top urban thinkers. A must watch for urban enthusiasts!

One of the most notorious social housing projects in the U.S., located in St. Louis, was demolished just a few short decades after being touted as "the answer."  Critics often use examples such as Pruitt-Igoe to rail  against modernism and social housing.

While I - generally - don't like much about the modern movement in architecture or art, this film examines the deeper social reasons for the collapse of this development and the community it once supported.  This film looks into the broader context of St. Louis as a part of the reason for its failure.  Excellent film.

While many of the episodes I've seen in the documentary series seem to leave out the human/community aspects (including scale) and I mostly dislike much of what Brad Pitt advocates as "green", I found this particular episode useful despite some of the same old repetition of large scale and repeating facades.

This short documentary examines a new development in Amsterdam that focuses on human needs and the importance of integrated incomes. One of my favorite sections of the episode comes at the end where they highlight a portion of small lots developed by individual homeowners creating a great mix. It can be seen on Hulu.

At number five on the list, this short film tells the story of the vibrant and mostly immigrant community that used to sit where modern-day Dodgers Stadium is located in Los Angeles. This documentary shows the human-side of those who were displaced mega projects during Modern Era and causes one to think about the need to consider equity impacts in urban planning.

6. Sprawling from Grace: The Consequences of Suburbanization

This film encapsulates one of the primary reasons I became interested in urban planning: the environmental impacts of our urban development patterns. Beyond these impacts, the movie looks at the reality of peak oil and the upcoming brick wall our economy faces when the realities of the situation become fully realized.

Beyond the natural environment, this documentary also considers some of the consequences to the human environment and loss of community that comes from the suburban lifestyle.  While this movie hits homes many of the generally very important concepts, there is little new in the movie, earning it number six on my list.

From the home of BRT (Bus Rapid Transit) and many other innovative approaches to solving issues facing urban centers around the globe, this movie should almost be number one on my list because it focuses on answers.  However, the lower production quality and lack of a hard-hitting storyline place this at number seven.

This film demonstrates the importance of innovation in transportation, housing, public space, poverty and the environment. Curitiba is an  example to the world and many cities are following their lead (from Bogotá to New York City).

This is another one of those films that could easily have made the top of my list, but didn't for reasons I'm not going to tell you because it'd give away some of the movie.

This movie examines the life of suburban families in North America and critiques the lonely and car-dependent lifestyle in a humorous and engaging way.  A very entertaining film that will keep you watching.

9.The End of Suburbia: Oil Depletion and The Collapse of The American Dream

Another film much like Sprawling from Grace.  To be honest with you, this film only makes the list because there are such a limited number of strong urban documentaries out there.  It basically makes the argument that environmental constraints will bring an end to suburbia and stars James Howard Kunstler.

I know, I know ... this isn't a documentary.  But it's so awesome that I had to put it on the list.  I mean, it does take place in an urban center and the town I call home. This is a hilarious series about the cultural idiosyncrasies that are Portland.  I suppose, amongst this list, you could say it is a social critique on the culture of what Richard Florida calls the "Creative Class."  An absolute, five-star, must watch.  On another list, it'd be number one.


So, what did I miss?  What are your favorites? 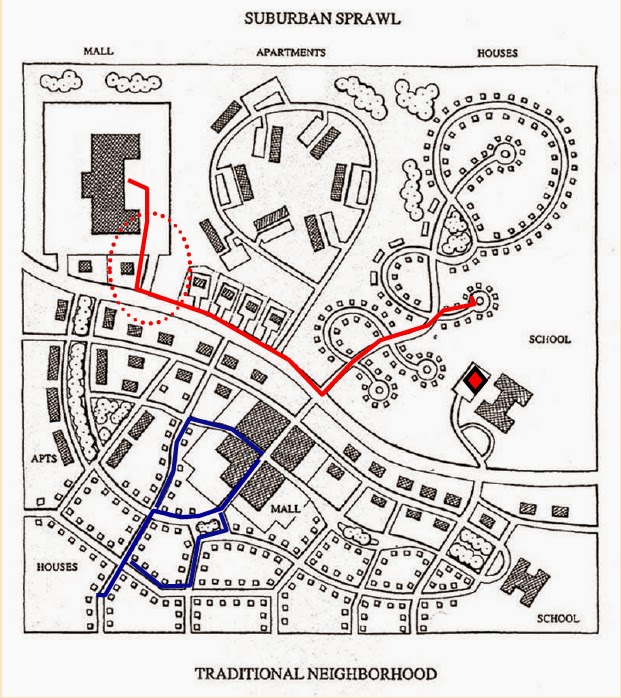